When is the best time of year to lay Meadowmat? Meadowmat Wildflower Turf can be laid at any time of year, provided that you can prepare the soil properly. 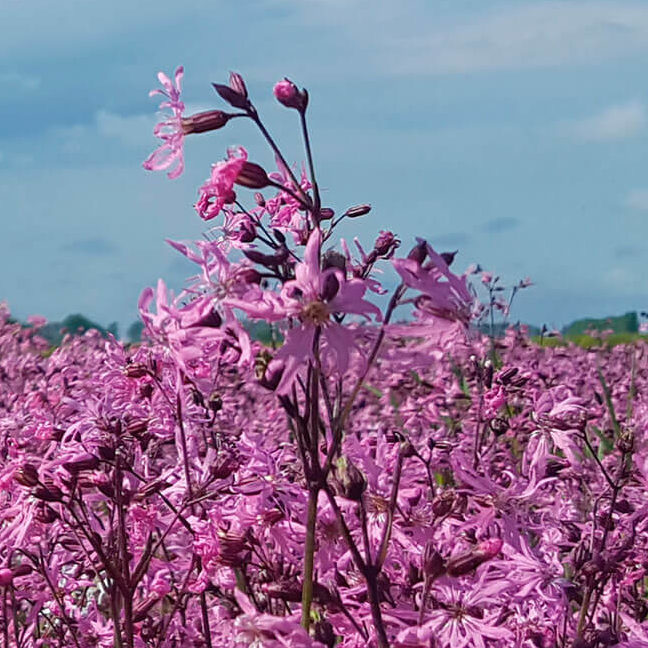 Each season has its advantages and disadvantages for laying wildflower turf.  Meadowmat can be supplied all year round, it’s for you to decide what works best for you.

Spring is when plants grow the fastest and when the weather is usually gentle and mild.  The days are getting longer, the soil temperature is rising and Mother Nature is generous with rain.

Meadowmat Wildflower Turf laid in Spring will establish rapidly, and, if planted before the end of April, will normally flower in its first summer. 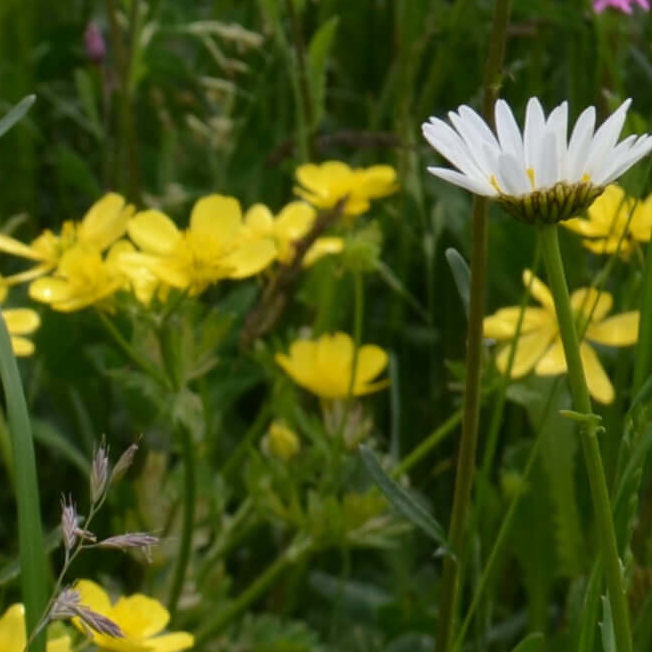 Because the weather is naturally wet, you’ll need to irrigate a bit less.  But don’t get complacent about watering Meadowmat, if you let it dry out in those first few weeks it’ll take a long time to recover.

Meadowmat installed in May and June may give you some lovely blooms in late summer but you won’t get the same show as if it were planted earlier in the year.

Wildflowers bloom at set times of the year and nothing we mortals can do will change it.  They’re stubborn like that.  In order to flower, the plants must be well rooted and growing strongly.  It takes 4-5 weeks for Meadowmat to get really well established in warm weather (longer in winter-time).  So wildflowers planted in early July won’t be established until mid-August – and by then the flowering season for many of them will have passed.

Having said that, you may well get some late colour, which is always a bonus.

You will probably also get away without doing the “big mow” in July (although your Meadowmat might need a trim in autumn).

Autumn is my personal favourite time of year for laying Meadowmat.   I know that in spring, the garden is waking up, and gardeners are buzzing with ideas for creating summer colour.  But autumn is when the plants start preparing for the following year and I always get better results when I work with Mother Nature.

Meadowmat laid in Autumn won’t look as though it’s doing very much, but it is.  The roots will have all Winter to push down into the soil.  They can find a stash of water and nutrients so that come the spring, all the plants need to do is grow leaves and flowers. Whereas Meadowmat laid in spring needs to grow leaves, flowers and roots, which is harder work.

Plus, I have quite a large garden and not quite enough time to tend it as well as I’d like.  When spring comes around, I need to devote my time and energy to the vegetable garden….by laying Meadowmat in Autumn I’m managing my gardening workload.

The difficulty in laying any type of turf in the winter isn’t the soil temperature.  It’s the challenge of getting the soil prepared properly.

If you can work your soil into a nice crumbly tilth then it’s perfectly OK to lay wildflower turf on it.

If, on the other hand, your attempts at soil preparation result in a quagmire or something resembling a pudding mix, it’s best to walk away and wait until the soil has dried out.  Otherwise, you’ll do more harm than good.

If the ground is frozen solid, the chances are we won’t be able to harvest Meadowmat without damaging it so again – it’s a waiting game I’m afraid.

How to lay wildflower turf