This large rural garden in Essex uses Meadowmat Wildflower Turf to good effect. Here, we find out more about the design and the practicalities of this wonderful wildflower garden.

This amazing wildflower garden was designed by Tapestry Design Studios and built by Holland Landscapes. This large private garden has uninterrupted views of the countryside – Katie Moyes wanted to make the most of them. 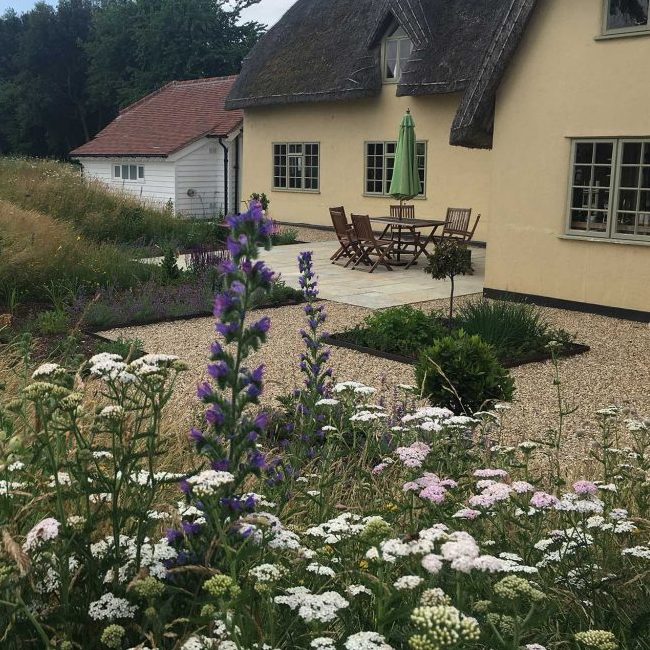 So, in order to improve the view from the downstairs window, Katie began by creating a large terraced area around the house. This involved re-contouring a large proportion of the plot. The clients wanted a soft, informal feel to this part of the garden. A wooden or brick retaining wall around the terrace just wouldn’t have looked right.

Then, Katie introduced a set of sturdy steps to encourage people to leave the terrace and explore the rest of the garden. Finally, with the help of main contractors Holland Landscapes, she sculpted a sloping bed around the terrace – reminiscent of the rolling landscape beyond the garden. 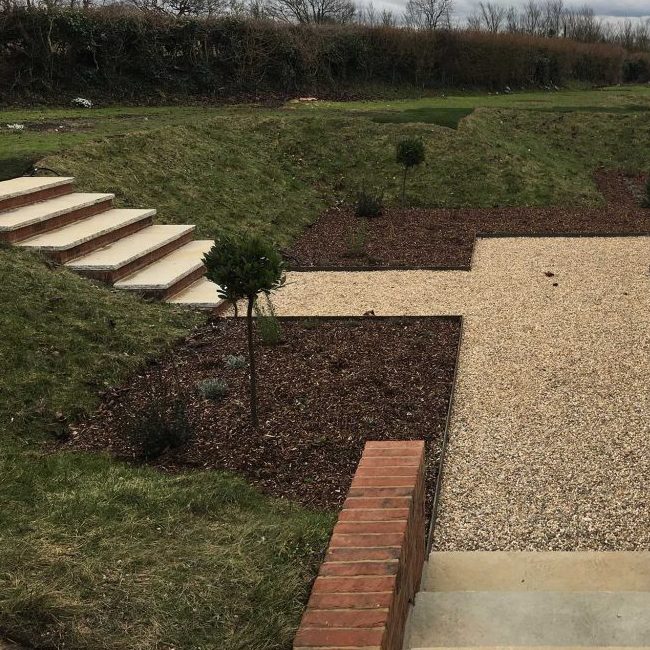 It was vital that a garden slope was stabilised. Otherwise, one good rain storm and the soil would slip. With no retaining structure, Katie and the clients opted to use plants to prevent erosion.

Meadowmat has some similarities to lawn turf. Both consist of strongly growing plants whose roots form a strong mat that allows them to be rolled up and transported. So, unroll Meadowmat onto prepared ground and within days the roots will start working their way into the garden soil and stabilising it.

Once it has established, Meadowmat looks like a little piece of countryside. Then, in late spring and in summertime it’s a mass of wildflowers and grasses, just like the traditional meadows of yesteryear. Butterflies and bees find it irresistible and it can attract lots of other wildlife. I have Meadowmat in my own garden and it’s not unusual to see frogs amongst the plants waiting for their next snack to come along.

All Meadowmat mixes are perennial. In other words, Meadowmat will keep growing year after year. These wildflowers will continue to thrive for as long as they are happy with the site and the way it’s managed. 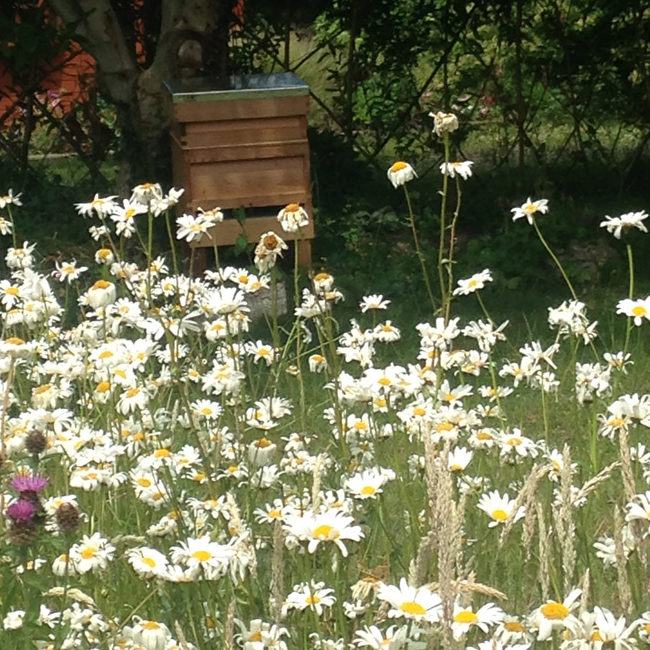 Meadowmat in late June. It’s very popular with the honeybees whose hive you can see in the background

Remember though – that Meadowmat will change as it adapts to the conditions in your garden. Personally, I think that’s part of the charm. I never know which plants are going to be strongest in any one season. One summer it will be mainly Oxeye daisies, the next its lots of Vetch and Birdsfoot trefoil. Every year is different.

There’s more information about the different types of Meadowmat here.

It’s easy to care for Meadowmat. It almost looks after itself. But not completely. It should be installed onto low fertility soil and have the right amount of sunlight.  All you need to do is let it grow and do its own thing between December and July. In late summer, it will need to be cut back hard. Take all the vegetation away and let the plants recover. They may need another trim in October if the grasses are getting a bit too strong. But that’s it. No feeding, no spraying, nothing. It’s easy.

Some more Meadowmat projects to inspire you 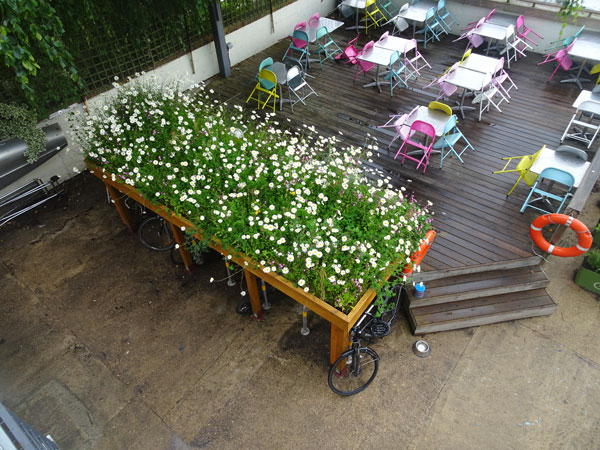 This cycle and bin store are quite close to Teddington Lock in London. It was created by Outdoor Space Architects and has been underplanted with spring flowering bulbs for extra interest 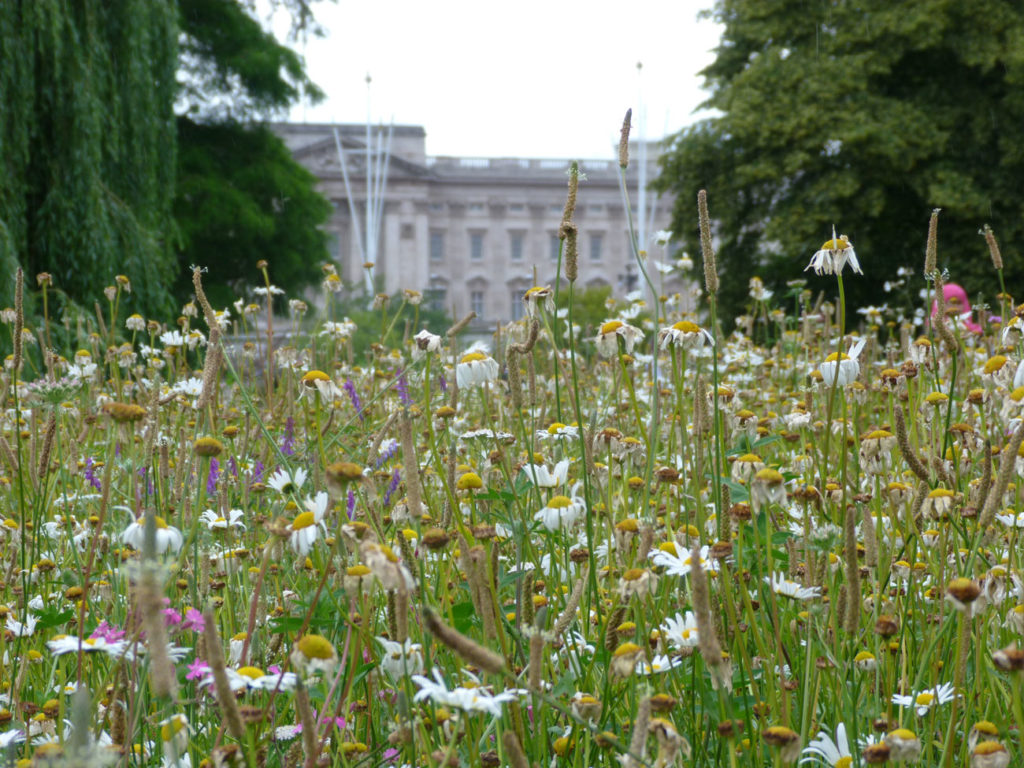 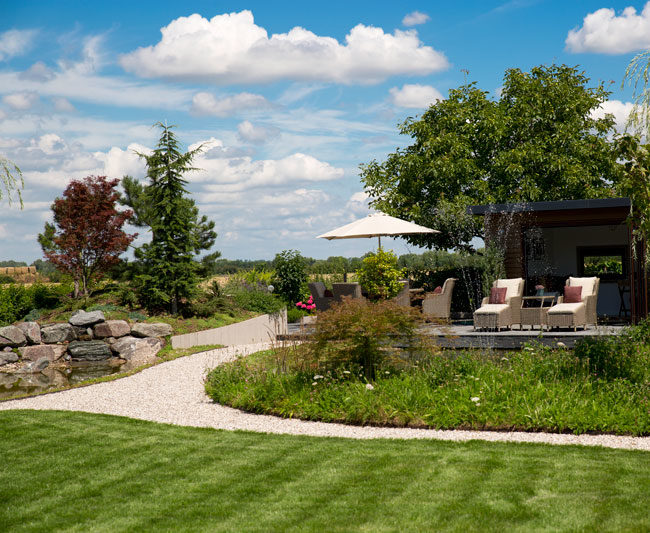 Cambridgeshire garden by X-scapes design. Meadowmat is part of the informal planting beyond the lawn and in front of a natural pond